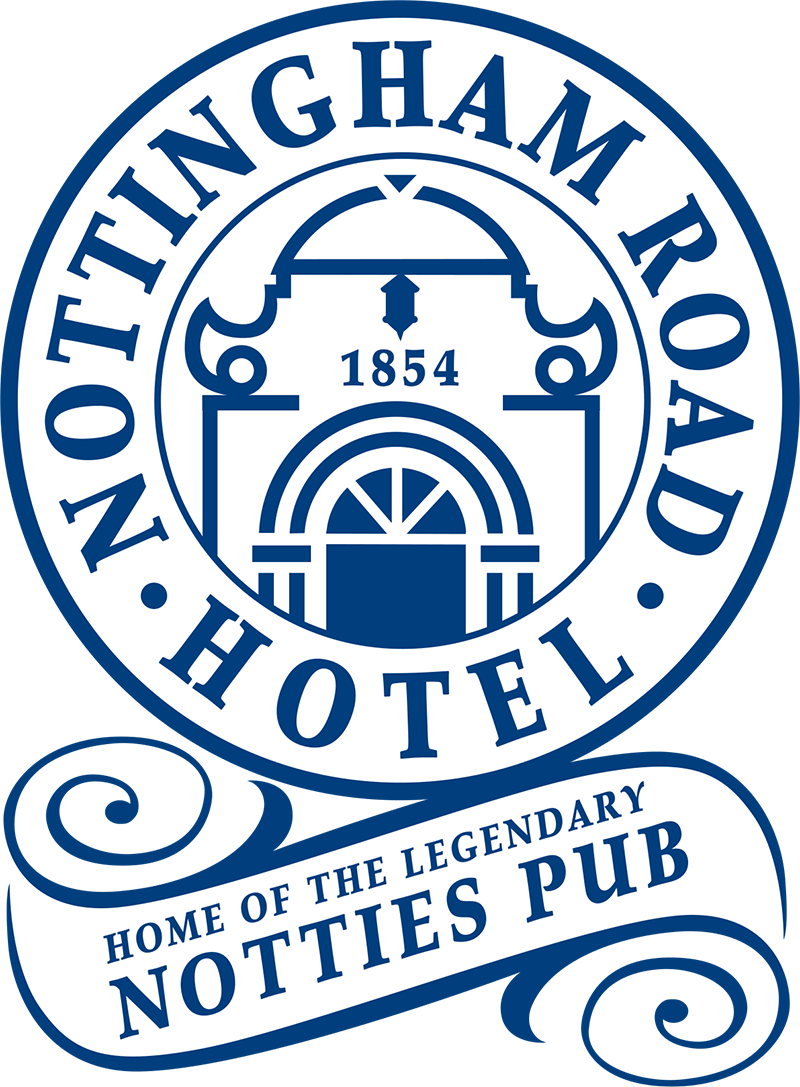 The History of The Region

The first white settlers in the Midlands were the Voortrekkers, who began leaving the area when Britain annexed the Boer Republic of Natalia in 1843. They often sold their farms to the newly arrived British settlers. By the 1850s there were few of the original Voortrekker families left in the district, although many farm names of the area still have an Afrikaans/Dutch origin.

The first British settlers in Nottingham Road were members of the King/Ellis family: John King and his wife Janet (nee Ellis), their three-year old son James and a three-month old baby daughter Helen, and Janet’s brother James Ellis and sisters Helen and Elizabeth. They arrived in Natal in 1849, attracted by the Byrne Immigration Scheme, one of many schemes that tried to lure settlers to the largely uninhabited interior of KZN. Each adult male paid ten pounds, which covered the cost of the sea voyage from England to Durban and gave every man twenty acres of land. Many found their allotments were infertile and totally unsuitable for farming, leaving them the choice of returning home to England or purchasing better land for themselves.

THE BEGINNING OF GOWRIE

The allotments of John King and James Ellis were, like many others, too small and stony to be viable for farming. Disappointed, the families were lucky enough to have their own private means and so were able to retain ownership of the land (eventually selling the allotments for a profit) and stay in Natal while they sought better farmland. At last they were able to find a property near what is now Nottingham Road known as Wilde Als Spruit, owned by Petrus H. Potgieter. The property was bought by Janet King, her brother James Ellis and her three sisters, and was re-named after places in their native Scotland, namely Lynedoch and Balgowan. Before leaving Scotland, the families had been closely connected with the properties of Thomas Graham, Lord Lynedoch of Balgowan, whose estates were Balgowan, Lynedoch and Blairgowrie. When John King acquired a farm in 1858, it was named Gowrie, and it was on this farm that the village of Nottingham Road was established.

Potgieter was apparently very kind to the new settlers who had purchased his land, offering them sound advice and bringing the family and their effects from Pietermaritzburg. It took two or three trips to bring everything up to the farm but eventually the family were in place by May 1850, living rough under a large waterproof tarpaulin set upon wooden poles. This remained their home until a wattle and daub structure was built, with an annexe of sods for the kitchen. They lived here until a stone house was completed in 1856.

The fledgling community was on the very edge of civilisation as they were the only white people in the area, and they were troubled by Bushmen who came down from the Drakensberg to steal cattle and horses. Raiding parties consisted of between four to fourteen men, some mounted on horses, some with firearms or poisoned arrows.

By 1853 the desperate farmers wrote to the Acting Governor of Natal, requesting protection from the raids. The government decided to create a ‘buffer zone’ by establishing a small military outpost in addition to a “pensioners’ village”, west of the existing settlement, and 13 000 acres of commonage was allocated for the village of Fort Nottingham, which was proclaimed in 1856. Thomas Fannin of the Dargle laid out the village with twenty-two acre plots the same year, but forgot to include road access in his plans, and in 1863 the village was re-surveyed by a Dr Sutherland.

The military force which was supposed to protect the farmers and their property comprised a small detachment of troopers from the Cape Mounted Riflemen, who set up a temporary tented camp, but presumably their boredom (apparently they didn’t see a single Bushmen during their stay), led to lack of discipline, and they were replaced by another small detachment, this time from the Natal Mounted Rifles. They in turn were replaced by a permanent force from the 45th Foot, the Sherwood Foresters from Nottingham in England, who were instructed to set up a permanent fort. Their fort and some of the early buildings can be seen today at the Fort Nottingham Museum.

Until 1875, Fort Nottingham was described in the deeds office as Nottingham after the Sherwood Foresters’ hometown, but its name was changed to Fort Nottingham to avoid confusion with the village of what is today Nottingham Road, which grew up around the railway line.

In 1895, farmers from beyond Nottingham Road petitioned the colonial government for a station closer to their properties and those in the Kamberg. By 1897 the station, built on the line between Nottingham Road and Mooi River, was erected near what was known as the “Meshlyn road drift”. The station was initially called Springvale after the farm where it was situated, but became referred to as Rosetta Station after one of the original homesteads in the area, Rosetta Farm, just a little way up the Kamberg Road. In the meantime, the crossing at the drift became unnecessary with the construction in 1896 of the Meshlyn Bridge, which is still in daily use for access to the Kamberg and Connington

Mooi River has been known by three names in its time. The Zulus called it Mpofana or “place of the eland”, the Dutch called it Mooi or “pretty” because of its picturesque, riverside setting, while the first official name of the settlement in the 1800s was Lawrenceville, after Alexander Lawrence, owner of Grantleigh Farm where the Mooi River station was built in 1884. The commercial hub of the town grew up around the station and railway line, although the first settlement was further east, near what is today Weston Agricultural College, where the road to the interior crossed the Mooi River. An inn, Whipp’s Hotel, was built at the ford in 1853 for those whose journey was interrupted by flooding or who needed to rest. The hotel changed hands and became the Lake Hotel, another popular country retreat for the well-to-do, until it burned down a century later in 1959. The Helen Bridge was built at the crossing in 1866. It was named after Helen Bisset, daughter of General John Jarvis Bisset, who was Acting Governor of Natal at the time, and is still used to get to the Mooi River polo fields from the Weston-Greytown road.

In the 1880s, the educational needs of Nottingham Road children were catered for with home schooling by their parents, but in 1895 the Reverend Cadman started holding classes for about twenty children of all ages in the Nottingham Road Hall. The hall was replaced by a formal school when the Nottingham Road School opened its doors in 1913, with a staff of two teachers and a headmaster, Mr Gordon Kirby. Since these times, a number of legendary schools have been established in the area, including Clifton Preparatory School, King’s, Hilton College (founded in 1872), Michaelhouse (founded in 1896) and Weston Agricultural College (founded in 1914).

Nottingham Road is today considered the hub of the KZN Midlands. The hotel, the village, its farmers’ hall, the shops of The Junction and the residential success story of Gowrie Village, Gowrie Farm and the superb Gowrie Golf Course, create a cohesive centre that draws people to the area. Parents with children at the excellent local schools have bought second homes here, and the attractions of the Midlands Meander as well as upmarket spas such as Fordoun and Brookdale bring leisure travellers for both day-trips and longer stays. In addition, weddings have become big business for the Midlands, with bridal parties delighted by historical and picturesque venues such as the Nottingham Road Hotel at rates to suit all budgets. And there are plenty of things to do for the hen and stag parties too! Adventure activities are also a draw card for the area, with MTB races, equestrian events, fishing, shooting and high action past times such as the Karkloof Canopy Tours nearby. Notties Hotel is also the perfect landmark destination to break a trip between Johannesburg and Durban (especially for rugby and other sporting events) and is convenient for travellers intending to explore the mountain kingdom of Lesotho.

We use cookies on our website to give you the most relevant experience by remembering your preferences and repeat visits. By clicking “Accept All”, you consent to the use of ALL the cookies. However, you may visit "Cookie Settings" to provide a controlled consent.
Cookie SettingsAccept All
Manage consent

This website uses cookies to improve your experience while you navigate through the website. Out of these, the cookies that are categorized as necessary are stored on your browser as they are essential for the working of basic functionalities of the website. We also use third-party cookies that help us analyze and understand how you use this website. These cookies will be stored in your browser only with your consent. You also have the option to opt-out of these cookies. But opting out of some of these cookies may affect your browsing experience.
Necessary Always Enabled

Performance cookies are used to understand and analyze the key performance indexes of the website which helps in delivering a better user experience for the visitors.

Analytical cookies are used to understand how visitors interact with the website. These cookies help provide information on metrics the number of visitors, bounce rate, traffic source, etc.

Advertisement cookies are used to provide visitors with relevant ads and marketing campaigns. These cookies track visitors across websites and collect information to provide customized ads.

Other uncategorized cookies are those that are being analyzed and have not been classified into a category as yet.